The Arnold-Chiari malformation is a developmental disorder that displaces cerebellar parts from the brain space. The patients often only suffer from the first symptoms in their youth, which mostly correspond to unspecific complaints such as dizziness. The therapy aims to prevent progressive damage to the central nervous system.

What is an Arnold Chiari malformation?

Patients with Arnold-Chiari syndrome suffer from mild to severe dislocations of the cerebellum, which occur in combination with a malformation of the brain stem.

The group of Chiari malformations is, in the broadest sense, a group of [developmental disorders in children | developmental disorders]], which move the cerebellar parts into the spinal canal and at the same time are accompanied by a smaller posterior cranial fossa. Modern medicine distinguishes four different types of malformation, known as Type I to Type IV. The effects and characteristics of the malformation differ depending on the respective type.

Depending on the severity and localization, medicine differentiates between four types of Chiari malformation, which have different causes. In type II and thus the Arnold-Chiari malformation, there is a caudal displacement of the medulla oblongata. In addition, the lower parts of the vermis cerebelli and the fourth cerebral ventricle are shifted caudally. The cause of the malformation is a malformation of the brain stem.

This malformation is primarily triggered by an embryonic developmental disorder that affects about the time between the sixth and tenth week of pregnancy. The edge of the skull experiences bony malformations. The same applies to the first cervical vertebrae. The posterior parts of the brain such as the cerebellum or the cerebellar tonsils do not find enough space under the skull and are shifted to the transition between the skull and the spine due to a lack of space.

For this reason, after being displaced, the parts of the brain protrude from the occipital opening into the spinal canal. Exactly what circumstances cause the developmental disorder in pregnancy has not yet been conclusively clarified. Exposure to toxic substances is taken into account as well as any nutrient shortages in the maternal diet, trauma or infection . Familial clusters could be observed, so that genetic factors can also be considered causally.

The occipital opening of the affected person is usually greatly enlarged. Cell death of the neurons occurs in the displaced nerve tissue. In this way, patients lose parts of their functioning brain mass. In many of those affected, the ventricles of the brain are also affected by changes in which the so-called liquor is formed as brain and nerve water. These pathological changes in the ventricles often cause a liquor congestion.

In this way a head of water can be favored. So the skull grows in volume. Not all those affected suffer from a head of water. Sometimes symptoms do not appear into adulthood. Conceivable symptoms are non-specific complaints such as neck pain , disorders of balance , muscle weakness .

Also sensory disturbances , visual disturbances or difficulty swallowing . A ringing in the ears up to hearing loss , nausea with vomiting , insomnia or depression and pain can be associated with a Chiari malformation.

However, especially from the MRI, the displacements of the brain substance can undoubtedly be recognized and the basis for a diagnosis is given. In most cases, the prognosis for patients with the malformation is favorable. This is especially true for people who have remained almost or completely symptom-free until diagnosis. The lack of symptoms can possibly persist for a lifetime.

With Arnold-Chiari malformation, various complications and complaints occur, which depend on the type of disease. With type 1 it occurs in therulejust a headache or a pain in the neck. If parts of the brain are affected, it often leads to an unsteady gait or other balance disorders.

Type 2 of the Arnold-Chiari malformation can lead to malformations in the brain. These often lead to speech disorders, thought disorders and other defects. In type 3 and type 4, one occurs due to the underdevelopment of the braindisabilitya. However, the type of disability cannot be universally predicted.

In most cases, however, the brain cannot return to its normal state, so that disabilities can still be expected. However, the severity of these disabilities is different for everyone.

An Arnold-Chiari malformation is usually detected during a routine examination. A targeted medical evaluation is useful for external symptoms such as muscle twitching or a head of water. If there are major external changes, the examination and diagnosis usually takes place immediately after the birth. In its weak form, an Arnold-Chiari malformation can be relatively symptom-free up to adolescence and go unnoticed.

In later life, however, the disease manifests itself in increasing difficulty swallowing, visual disturbances, sensory disturbances, hearing loss and depression. People who suddenly notice one or more of these symptoms should speak to their family doctor or a specialist in developmental disorders. Arnold-Chiari malformations are rare, but the complaints mentioned are based on at least one other ailment that needs to be clarified.

If there is an Arnold Chiari malformation, medical treatment must not be waited any longer. Symptoms such as nausea, insomnia and rising intracranial pressure, in particular, require immediate treatment, as otherwise there is a risk of serious physical and emotional complications. Lengthy follow-up and therapy measures are usually required after treatment.

There is no causal therapy for patients with Arnold-Chiari malformation. Symptomatic treatment can be used and is particularly indicated when the intracranial pressure rises. After a hydrocephalic build-up due to herniated cerebellar tonsils, for example, decompression must be carried out using a suboccipital access.

If pain persists or symptoms such as nausea, insomnia, and depression occur, symptomatic treatment usually consists of drug therapy. Functional disorders caused by the malformation can only be corrected surgically. Such corrections are indicated, for example, if the damage in the central nervous system threatens to progress. The surgical intervention can take place on the posterior fossa, for example.

By doing this, the surgeon creates more space for the cerebellum and at the same time reduces the pressure on the spinal cord. In some cases, small parts of the skull base are removed for this purpose. Any abnormal bone structure can be corrected surgically. The removal of the back of the first cervical vertebra is also an option. This procedure enlarges the spinal canal and protects the penetrated nerve tissue from pressure damage.

The most common treatment method for treating a water head is diversion into another body cavity, such as the abdominal cavity. To do this, a subcutaneous tube is laid between the brain and the abdomen. The most important goal of all treatment steps is to relieve pressure on the nerve tissue.

In the worst case, compressions of the neurons can cause the nerves to die. This phenomenon should be prevented as far as possible by the therapeutic steps in order to reduce the consequential damage of the malformation.

The chances of healing for the Arnold-Chiari malformation are unfavorable. The disease cannot be cured with the existing medical options and therapeutic approaches. The treatment of the patient is aimed at reducing the accompanying symptoms. In addition, a deterioration in the general state of health should be prevented. Without treatment, development-impairing consequences can occur.

Complications arise within the normal growth process that can lead to malfunctions or system failures. If there is sudden bleeding in cortical regions due to the lack of space in the tissue below the skullcap, there is a risk of a stroke . This is associated with lifelong consequences and can lead to the premature death of the patient.

With one treatment, surgical interventions can create the conditions so that the growth process does not lead to threatening disruptions. The aim of the treatment is to create as much space as possible for organs and vital tissue. Diversions of the vessels are created and pressure damage on muscles and nerve fibers should be avoided.

In addition, the individual sequelae are treated in various therapeutic approaches. Corrective interventions on the spine can be carried out or psychological impairments can be treated. The disease has a progressive disease course until the end of the physical growth process. Therefore, this is usually stopped early by hormonal treatment. Subsequently, there is no further increase in the malformations of the body.

So far, little is known about the factors that cause Arnold-Chiari malformation. For this reason, there are currently no preventive measures for the malformation.

The Arnold Chiari malformation must first and foremost be examined and treated by a doctor. The options for aftercare are very limited, so that those affected are primarily dependent on medical treatment. Self-healing cannot occur in the Arnold-Chiari malformation, whereby the possibilities of self-help are severely limited.

In most cases, the increasing pressure in the brain is treated with an operation. Sufferers should rest after such an operation. Physical exertion and sporting activities should be avoided in order to accelerate healing. Stress should also be avoided with Arnold Chiari malformation. In general, with this disease, a healthy diet with a balanced lifestyle also has a very positive effect on the course of the disease.

Patients with Arnold-Chiari malformation suffer from increasing symptoms, especially after puberty, which, due to their diffuse nature, often delay a diagnosis. Symptoms such as dizziness, weak muscles or disorders of the sense of balance affect the quality of life and everyday life of the patient.

In addition, there are often complaints of the visual function and sensitivity disorders. Some of the patients develop sleep problems, which in turn have a negative effect on the well-being and health of the person concerned.

Under certain circumstances, the disease causes impairment of the ability to speak, so that a speech therapy therapy makes sense. Treatment will either improve the condition or delay further deterioration to some extent.

Basically, the medical treatment of the disease is in the foreground, with drug treatment playing an important role. Medical examinations carried out at regular intervals monitor the patient’s condition in order to intervene in the event of complications or acute deterioration.

Nevertheless, due to the enormous emotional burden, the disease results in some cases in psychological complaints and even depression. Not only the patients are affected, but also the parents of the sick, who suffer from the stress of caring for the sick child. In such cases, a psychological therapist is the right person to talk to. 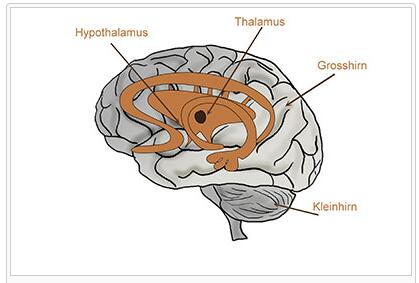