One of the characteristics of the condor is that it does not have subspecies, that is, its species is not divided into groups of individuals that present characteristics that distinguish them from other groups. As with many other animals, but not with most birds of prey, the male has a size larger than the female.

According to abbreviationfinder.org, the condor can have a wingspan of about three meters, with a length of more than one meter. That is why it is considered the largest bird among those that have the ability to fly. Only the royal albatross and the traveler can exceed it in size, although the condor weighs more, is more robust and taller than them.

These animals have the body covered with black feathers, except for certain sectors of the wings and neck, which are white. The head of the condor, on the other hand, is not covered with feathers and exhibits a reddish hue that can vary.

This bird builds its nests at a height of more than 1000 meters, and can reach up to 5000 meters. The destruction of its habitat by humans is one of the factors that makes the condor to be considered a “near threatened species” : that is, it faces a certain risk to its subsistence.

Near Threatened species (a term that often appears as NT, the abbreviation for the English version of the name, Near Threatened) do not meet the criteria to be considered ” critically endangered “, “endangered” or “vulnerable”, the categories of the called Red List made by the IUCN (International Union for Conservation of Nature), although it is expected that sooner or later it will do so because it is not in favorable conditions.

Hunting, the ingestion of poisoned animals and baits that some ranchers and hunters place illegally, and its low reproduction rate (it is estimated that it lays only one egg every two years) also negatively affect the development of the species, which It stands out for its great longevity (it can live for about 75 years). To counteract this decline in the condor population, several nations carry out captive breeding programs.

As the condor can have such a long life, its sexual maturity only appears at eight years of age, and this also plays a negative role in its subsistence, given the harmful action of the human being, both direct and indirect.

It should be noted that the condor has a great cultural and symbolic importance in the original peoples of the Andes. Some cultures held that condors were immortal and others viewed them as messengers that brought omens. In Bolivia, Ecuador, Colombia, Chile and Peru, the condor is a national symbol.

In 1758, a Swedish scientist named Carlos Linnaeus described the Andean condor in the tenth installment of Systema naturae with the binominal nomenclature Vultur gryphus, which he maintains today. The first of these terms comes from the Latin voltur or vultur, which means “vulture”, while the second derives from the ancient Greek γρυπός, meaning ” beak hook.”

The Andean condor is related to the California condor and the real one (also known as the jungle condor, among various other names). The royal condor is its closest relative from a genetic point of view ; so much so, that several authors have put these two species in a subfamily, apart from the other American vultures. 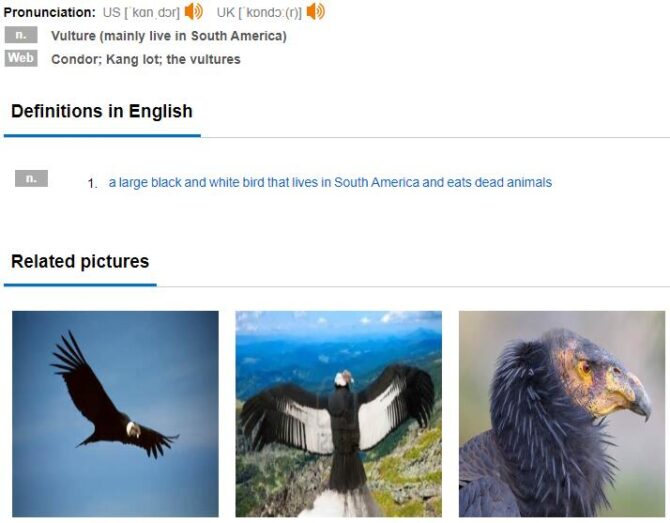