The first thing we are going to do in order to discover the meaning of the term albumin is to know its etymological origin. In this case, we can determine that it is a word that comes from Latin, more exactly “albumen, albuminis”, which can be translated as “egg white”.

According to DigoPaul, albumin is called a protein: that is, a molecule that is made up of amino acids that form different linear chains. Albumin refers to a class of protein found in the blood plasma, milk, egg white, and seeds of certain plants, among other sites.

The distribution of certain hormones, fatty acids and drugs, the control of pH and the regulation of extracellular fluids are other functions that albumin develops in the body. It should be noted that there are various disorders that can affect the presence of albumin in blood plasma (in this case, it can be specifically referred to as serum albumin or serum albumin): malnutrition, cirrhosis, nephrotic syndrome and others.

In the same way, we cannot forget the existence of what is known as low albumin, also called hypoalbuminemia. It is a deficit of this protein in the blood and usually occurs, especially in older people.

Kidney failure, anemia, liver diseases of different types, cancer or stomach problems are some of the situations that can lead to suffering this situation that can be present through symptoms such as weakness and fatigue.

No less important is knowing that you can also talk about what is known as albumin in the urine. That protein can pass into the urine, yes, and when it does it is because the person in question is sick. Specifically, when that fact occurs it is because the kidneys do not work properly.

In order to detect if someone has albumin in the urine, you can choose to take the appropriate sample of that waste substance. The results of the analysis carried out on this will determine that the amount of albumin is normal if the concentration is less than 30 and that it is abnormal when it exceeds 30.

However, this information can also be known through the relevant blood test.

The albumin found in milk is called lactalbumin. It has a high level of sulfur amino acids and is in a colloidal state when it is in a dispersed phase.

Albumin which is in the egg whites finally receives the name of ovalbumin. This albumin represents between 60% and 65% of the total protein in the egg. Albumin is estimated to be used as a protein reservoir in poultry raising. 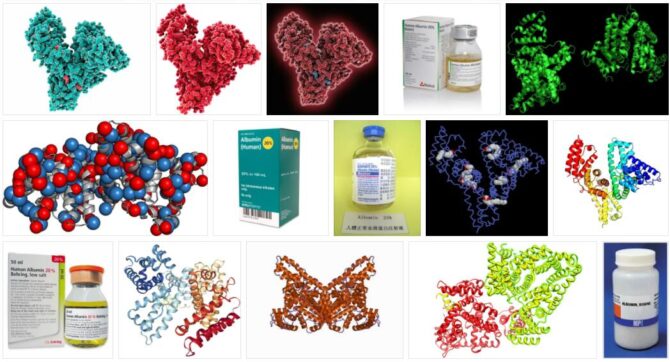