Called caffeine an alkaloid present in coffee, the chocolate, the tea and matt, part of the set of xanthine. It is a diuretic, cardiotonic substance that stimulates the central nervous system.

It should be noted that an alkaloid is a nitrogenous organic compound. In the case of the group of xanthines, they are compounds derived from purine (a nitrogenous base that has a pair of heterocyclic rings).

The German Friedrich Ferdinand Runge (1795-1867) was the discoverer of caffeine, whose taste is bitter. This alkaloid works as a psychoactive drug due to its effects on the central nervous system: its consumption helps to reduce the state of drowsiness and temporarily restores the level of alertness.

When drinking infusions such as mate, coffee or tea we ingest a certain amount of caffeine. The same happens if we drink soft drinks (sodas) made with cola, or if we eat chocolate: we also incorporate caffeine into the body.

According to DigoPaul, caffeine is the most widely used psychoactive drug in the world. A cup of coffee, for example, can contain between eighty and one hundred and twenty-five milligrams of caffeine. When a person is sleepy but wants to stay awake, they may drink a cup of coffee so that the caffeine in the drink takes effect in their body and helps wake them up.

Other aspects to take into account about caffeine are the following:
-Taking a noticeable excess of caffeine a day can take the body to the limit, so much so that there have been cases of death.
-There are different people who are not advised to consume products with caffeine. We are referring to both minors and people with heart problems and even pregnant women. Caffeine is not recommended for the latter because it can cause both their babies to be underweight and cause premature labor and even miscarriage.
-One of the curious peculiarities of caffeine is that it is capable of increasing body temperature.
-There are people who turn to this substance to lose weight. And it is considered that it exerts a good function as a fat burner.
-It is considered, in the same way, that it improves sports performance significantly and that it helps to develop what are cognitive tasks.
-In a total of 60 different plants can be found caffeine. Thus, in addition to mate or cocoa, it is found in guarana berries and camilla sinensis.

It is important to mention that, if an excessive amount of caffeine is ingested, the individual can suffer intoxication. Its symptoms include gastrointestinal disturbances, increased urine output, and a general state of excitement.

In the same way, do not overlook the fact that caffeine can bring with it a series of other consequences such as dependence, headaches, a rise in blood pressure, problems falling asleep and dizziness. Not forgetting a fast heartbeat and dehydration either. 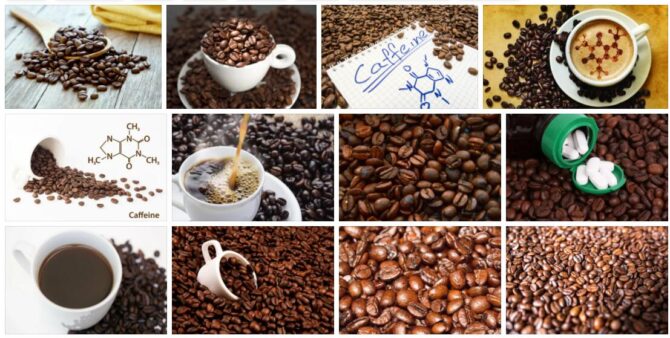